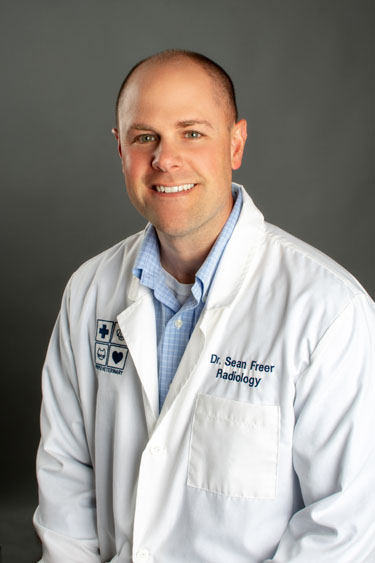 Dr. Sean Freer has been a Radiologist at Pieper Veterinary since 2011. He has a special interest in abdominal, cervical, and musculoskeletal ultrasonography, as well as CT angiography.

Dr. Freer grew up in northeastern Pennsylvania and has always been an avid outdoorsman. He enjoys spending time fishing and kayaking.